Tips and race by race preview by Brad Gray for Wyong.

3. Petulant bumped into the smart Quatenus on debut before breaking her maiden in stylish fashion at this track on a heavy surface. It was sharp on the clock too, suggesting she was a filly capable of racing through the grades.

Dangers: Using One Way Street as a line, perhaps there isn't a great deal between Petulant and 5. Per Ivy. At least not as much as the early market suggests, anyways. Just found a couple too sharp staying at 1000m second up.

5. Legend Rules did enough first up at Gosford behind Shadow Devil, a colt that has backed up that win with another brilliant victory. Legend Rules strips fitter and his racing pattern will see him land in the first couple from the low draw. Each way.

Dangers: 1. Amortal has won both of his trials and looked to do it without raising a sweat. The unraced four-year-old made it look very easy. 4. Fragore found the line sweetly in tow trials behind Amortal but the barrier looks problematic.

10. Regal Pom was rolled at $1.75 last start at Wyong over 1350m but nothing went right from barrier two and he ended up swinging widest in the straight. Steps out to the mile now which can see him settle closer.

Dangers: 1. Campeao had every chance last start at Gosford but that mile run gives him a nice grounding for this and he can only run well again for Chris Waller. Wouldn't be surprised to see sharp improvement from 11. Tidal Creek.

4. Rosovo beat just two runners home in his three trials but he was given a pretty soft time in the two latest of those and liked the way he warmed up through the line. Drawn well for the powerful Godolphin stable. Wide open race.

Dangers: In contrast to Rosovo, Savabeel gelding 1. Captain Vladimir has won both of his trials, both over 1200m, which sees him ready to tackle 1350m on debut. Just has to overcome a sticky gate.

How to play it: Rosovo EACH WAY ($9 TAB Fixed Odds) Odds & Evens: SPLIT

1. Cobia has found a new home with Todd Howlett. It's his fourth trainer, despite having just the seven race starts. The four-year-old beat Akihiro at Kembla last preparation and although he has never raced over 1000m before, the soft draw should see him close enough.

Dangers: 7. Rita May will give these all something to catch from the inside draw. She sat outside of the leader last start and hung out on the turn. Like her back to 1000m in a race she'll lead.

1. Private Detective brings dominant country form to this and presents a very fit racehorse. Can't see any reason why he won't hold that form now, particularly on another suitable surface (he prefers it dry) and after the claim of Reece Jones.

Dangers: 5. Quiet Michael could be the sleeper in this field. He drops back to provincial level and if he can stay in touch from the low draw, will be grinding away strongly at the finish. Plenty of hopes in this.

Kris Lees ran 1. Wild Sheila in the G3 Belle Of The Turf first up which might provide a hint as to how well she has returned. She didn't figure but drops back to a BM64. Has a powerful finish on her day and this is very winnable.

Dangers: The advantage 2. Twice On Sunday has is the speed to make her own luck. She led at Canterbury last start over 1550m, finishing midfield. 8. Salsa Man boasts a strong record at this track. 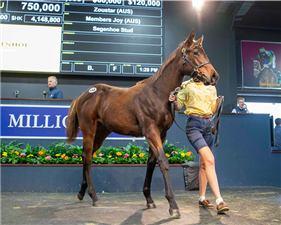