Matthews completed his apprenticeship in 1977 and spent 21 years in the saddle before retiring from riding in 1998.

He has replaced Matt Pumpa after he joined the Singapore Turf Club as their apprentice and claiming jockey coach.

Matthews will join his fellow coach Darren Gauci, against whom he rode countless times during their respective careers.

They will guide aspiring jockeys through their four years in the Apprentice Jockey Training Program which has produced the likes of Craig Williams, Blake Shinn, Katelyn Mallyon and Stephanie Thornton.

Matthews has been involved in the AJTP on a part-time basis for two decades, acting as mentor and race tactics coach since 2001.

He has also served as the Strategic Racing Analyst in RV's Integrity Services department for the past seven years, during which time he has been involved in the development and evolution of the control room which provides real-time support to the stewards' panels across Victoria.

In both roles Matthews has been able to call on a wealth of riding experience, having ridden more than 1600 winners including 10 at Group 1 level during a globetrotting career that included stints in Japan, Hong Kong and Italy.

"I have thoroughly enjoyed my time working in the RV integrity team," said Matthews. "I want to thank them for their support both throughout my time with the team, and in my switch to this new role.

"I have always loved teaching young riders and after 18 years of working with the program on a part-time basis, I'm really excited at the opportunity to take a more hands-on role and get out in the field again.

"We have such an amazing group of young and emerging riders here in Victoria, and I want to ensure that they reach their potential and become great ambassadors for our sport." 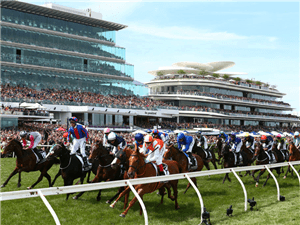