O'Dea to rely on Proven runner at Doomben

Trainer Steve O'Dea hopes to continue his great recent run for the Proven Thoroughbreds syndicate with Francisca at Doomben.

Trainer Steve O'Dea has produced another smart young horse for the Proven Thoroughbreds Syndicate this week but will have to rely on an older performer to continue their great run at Doomben.

O'Dea and Jamie Walter's Proven Thoroughbreds syndicates have been a force in Queensland racing for a decade with horses such as Sir Moments, Candika, Sesar and Go Cart.

Since the start of the racing season in August they have gone to new heights.

The combination had four runners at Eagle Farm last Saturday for three winners and a second.

It took their season total to five winners, seven minor placings and a fourth from 20 runners.

Stephanie Thornton will again claim 2kg on Francisca meaning the mare will carry 2.5 kg less than when unplaced first-up at Eagle Farm two weeks ago.

Thornton is on loan to O'Dea for three months and is second on the Queensland metropolitan apprentices premiership with six winners.

"Stephanie has settled in well and her two kilogram claim is a very big bonus," O'Dea said.

The O'Dea-Proven Thoroughbreds combination could have a new star coming through after the first Brisbane two-year-old trial of the season this week.

Their filly Gotta Kiss was an impressive winner sitting off the pace before charging away for a 3-1/2 length win.

She ran two seconds faster than the other two-year-old heat on the morning.

Gotta Kiss is a Not A Single Doubt filly who cost $150,000 at the Magic Millions Sales.

Thornton will have another chance to ride a winner for Proven Thoroughbreds as she is on Sydney mare Brook Magic in the Open Handicap (1050m). 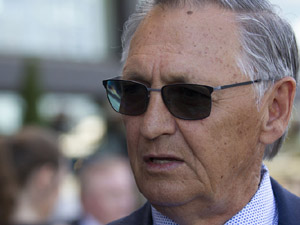