Racing and Sports highlight our standout plays at TAB meetings for November 23.

Speed from The Velvet King, Achernar Star could press forward from the wide gate, Mizlecki and maybe Tamasa handy. One at big odds that won't get much attention is PERFECT JEWEL (10) and she sets up well here. She found the line strongly in the Asian Beau and third up at a mile is a 'perfect' scenario. Jade McNaught has been in great form and will ride the mare quietly, chasing inside runs. They do happen in this race and given the mare came fourth last year, we know she handles the day. Definitely include REGAL POWER (12) in all your bets. Had he drawn well he was near favourite. He too is a good each way chance. SAMIZDAT (13) reacted to the blinkers third-up for a strong win here three weeks ago and has drawn ideally for his first run at a mile. Smart and should measure up. TELLEM WE'RE COMIN (7) won easily at Kalgoorlie then the Northam Cup and comes here in peak form. Pike doesn't ride but he's a major player. SELECTION: Going with #10 Perfect Jewel each way at good odds.

As a FREE Racing and Sports offer, click below for today's Ascot Computer Card

LUCICELLO (7) returned in good order last start when easily justifying her odds-on quote. Rises 3kg off the back of that, but still appears well placed and the booking of JMac is a decent push. Drawn well and should prove hard to hold out. MISTEED (6) went out a winner and remains a big watch fresh for Team Snowden. A firm deck probably not her cup of tea, but she's trialled very well and has to be respected. KYLEASE (8) comes here on the fresh side (59 days) and notably gets the tongue tie on for the first time. Drawn well for Nash, major threat. BLAZING MISS (10) chases the hat-trick and appears the next in line. SELECTION: Backing #7 Lucicello for the win.

DREAM MASTER (7) is a talented gelding with a mind of his own but he has been very good in his past two outings. Bolted in by 4.5L at this course before fighting strongly in the lead when nabbed on the line last start. Drops 3kg on that so looks well weighted and his course and distance statistics are encouraging. Big chance. CONSTANT FLIGHT (1) is doing plenty right this campaign. Won his first two runs back from a spell before placing behind a handy one last start. Freshened since but has trialled and hasn't missed a place here. Danger. DARKTOWN STRUTTER (3) has a good record. Has won four of five fresh runs and has trialled so expect him to be wound up. BARACHIEL (2) has good form in the north and should be at his peak third up. SELECTION: Backing the speedy #7 Dream Master to win.

Ballarat: Race 9 @ 5.20pm
LI'L KONTRA (11) ran a cracker in the Coolmore. No match for the first three but beat the rest and now tumbles in grade. Draws well and get Dunn who was a winner at his lone ride aboard her. Has the ratings to beat these and the step back to 1100m looks no concern. KING OF HASTINGS (7) is very honest and should give a good account again off another freshen up. EF TROOP (1) and STAR FALL (3) both resume. They both have bundles of speed and peak ratings to give this a big shake. HAWKER HURRICANE (6) has the ratings as well. Outran his odds at Flemington and can do that again. SELECTION: #11 Li'l Kontra brings the A-form.

Morphettville: Race 7 @ 5.32pm (AEDT)
RAGING QUEEN (5) will however be forward of him in running and tough to get by. She found the right place two weeks ago and held on gamely. Still well in after the claim. GOING GAGA (1) loves this journey and likes it here too. He just has to handle the big weight. CAZABILLIE (12) improved into the second up run but has a poor gate. AUSSIE JACK (3) has backed up OK before. SELECTION: #5 Raging Queen is tough to beat. 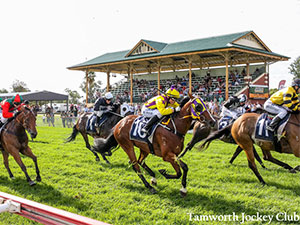