Some of New Zealand’s best sprinters have won the Telegraph run at Trentham on Saturday.

Mufhasa was a dual winner and would bring his form to Australia as well. Will the 2020 The Telegraph (1200m) at Trentham on Saturday produce another good one?

2020 THE TELEGRAPH - RACE HISTORY AND BACKGROUND

The Telegraph is a Group 1 race run under set weights and penalties conditions for sprinters at Trentham race course conducted by the Wellington Racing Club.

The Telegraph is the second of the feature New Zealand sprints over the summer.

Run over the six furlongs, it is part of the Wellington Cup carnival.

It was always run as a handicap until 2015 when switched to Set Weights & Penalties.

They can run some incredible times on firm tracks from this chute start with the one dogleg bend to overcome. Mid 66 seconds have been recorded.

One of the best sprinters to come out of New Zealand was Mr Tiz and he won the race twice, dead-heating in 1989 with Festal and winning it by himself in 1990.

Some of late that have had success in Australia include Darci Brahma, Mufhasa, Seachange and Gee I Jane.

Lance O'Sullivan had an incredible run winning it on seven occasions between 1982 and 2002, winning most of them for Dave and Paul O'Sullivan.

The 2019 Telegraph was won by Enzo's Lad from Ferrando and Sensei. 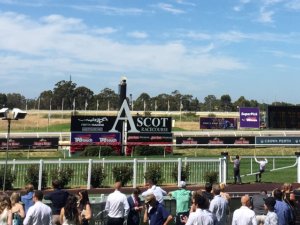