The Lee Freedman trained Minister drops back sharply in grade and appears well placed to break through at Kranji on Friday night.

Due to contest the seventh event, Minister is a recent addition to Freedman's stable, formerly trained by Andrew Balding.

Kicking off in the Group 3 Silver Bowl [1400m], Minister was safely held, but has since been back to the trials, winning on both occasions.

Minister is unbeaten second up (2/2) and the booking of Michael Rodd is a good push.

The step up to the mile is another tick (2/2) and he is sure to appreciate the drop back in grade.

When assessing Timeform weight adjusted ratings he appears extremely well placed and has drawn to receive all the favours on the inside.

Never easy with these imports, some acclimatise while others don't.

Judging by his most recent trials, he appears to have turned the corner and should get every chance.

While unlikely to be anywhere near his career peak on Friday night, he doesn't have to be.

Worth noting his performance last start has him right in the finish (weight adjusted).

Suspect he can only improve off that effort and should prove very hard to beat.

The Steven Burridge trained Glasgow has been solid enough in two runs back this time in and should be right at his peak third up.

He notably gets the blinkers back on and should be further aided by the step up in trip.

Drawn to get a lovely run on the inside, he gets in well after the claim and shouldn't be far away.

Of the rest, both Gold City and Revolution are more than capable on their day, despite mixing form.

If up to their best, they present well and have to be included in the main chances. 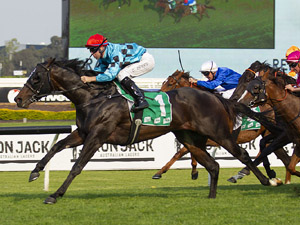