Grahame Begg says any changes to the Melbourne spring carnival need to announced as soon as possible so trainers can begin planning programs for their horses.

Trainer Grahame Begg would like a quick resolution to possible changes for the Victorian spring so he can map out a proper carnival program for his team.

Because of the COVID-19 pandemic, key feature spring races may this year clash with the AFL final series which has the grand final tentatively scheduled for Cox Plate day.

The MVRC wants to run the Cox Plate in a timeslot opposite to the grand final, preferring a day fixture to maximise betting turnover.

A later Caulfield Cup is regarded by the MRC as an opportunity to race free of any potential AFL clashes while allowing extra time for any potential crowd returns.

Racing Victoria needs to ratify any programming changes and says it won't be making any announcements until June.

But that does not help Begg who has already brought Caulfield Cup hope Nonconformist back into work.

"It's all very well that they say we should be running this race after that and whatever, but we've got to get the horses in and work out a program, outline what we want to do and how we want to approach it," Begg said.

"They are not like motor cars where you just put the key in and turn them on.

"If you've got a serious spring contender you're back in the first week of June so we want to know where the kick-off is going to be.

"That's the frustrating thing, owners are asking 'what are we doing' and you look a bit stupid when you're saying 'I don't really know'." 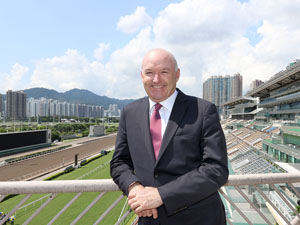