The older stayers go for glory in the Coronation Cup run at Newmarket on Friday.

One of the grand stayers was St Nicholas Abbey who won it on three occasions. Is there another warrior like him to come out of the 2020 Coronation Cup (2420m) at Newmarket on Friday?

The Coronation Cup is a Group 1 race run under Weight For Age conditions for open class horses at Epsom conducted by the Jockey Club.

The Coronation Cup is run over one mile, four furlongs and 6 yards for four year olds and up. It was first run in 1902 and was won by Osboch.

It is the leading race for older horses running at Epsom each season. It is an obvious lead up for horses heading to Royal Ascot.

Run over the same course as the Derby and Oaks and on the same weekend, it is often a small field.

The race was originated to commemorate King Edwards VII's coronation. During the wars it was conducted at Newbury and Newmarket.

In 2020 due to the coronavirus restrictions, the race was run at Newmarket.

The equal oldest winner is the grand French horse Cirrus Des Aigles who scored as an 8yo in 2014.

Elite horse Cracksman was expected to bolt in in 2018 when a 7-2 on elect however he scrambled home by a head.

Leading trainer is Ballydoyle's Aidan O'Brien who has trained the winner eight times over the last 15 years. His winners include fabled stayers like Yeats, St Nicholas Abbey and Highland Reel.

Most wins as a jockey is by Lester Piggott with nine.

The 2019 Coronation Cup was won by Defoe from Kew Gardens and Salouen. 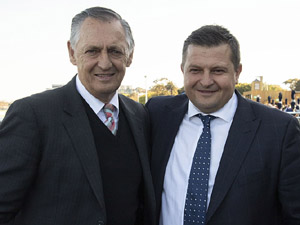