Many of the greats have tasted success in the Eclipse Stakes run at Sandown on Sunday.

One of the best contests was So You Think running down Workforce. Will the 2020 Eclipse Stakes (2002m) at Sandown on Sunday be as good?

The Eclipse Stakes is a Group 1 race run under Set Weights conditions for three year olds and up at Sandown conducted by the Jockey Club.

The Eclipse Stakes is run over the mile and a quarter. It was first run in 1886 and was won by Bendigo.

It is the first of the open class middle distance and above Group 1s of the season to allow the 3yos to run. However in 2020 the 3yos were not ruled eligible for that edition after the Derby was delayed and run the day before due to the coronavirus.

The Eclipse is run on a tough course making it a good stamina test. The Eclipse Stakes forms part of the British Champion Series.

During the two wars, the race was not run and in 1973 it was run at Kempton.

Notnowcato won a fascinating edition in 2007 beating the likes of Derby winner Authorized and George Washington by Ryan Moore heading to the outside fence.

The three year olds have had a fantastic trot in the Eclipse. In the last 20 years they have won it seven times.

In 2011, former Australian champion So You Think won his first English major by outstaying the Derby and Arc winner Workforce.

2018 Horse Of The Year Roaring Lion dropped back from placing in the Derby to win the Eclipse and then won another three more open age G1 races.

The great Enable made her 2019 seasonal return to win in style sitting on the pace under Frankie Dettori. She became one of the few mares to win. It also meant she emulated her father Nathaniel who took it out in 2012.

Leading trainer is Alec Taylor and Sir Michael Stoute with six victories. John Gosden had trained 4 of the last 8 runnings of the race with Enable's win.

Most wins as a jockey is by Lester Piggott with seven.

The 2019 Eclipse Stakes was won by Enable from Magical and Regal Reality. 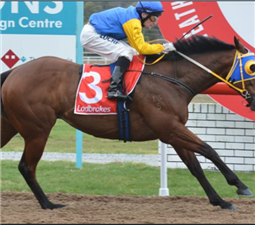