The girls chase Oaks success in the Prix de Diane run at Chantilly on Sunday.

Treve won it during her great career. Could another Arc winner come to the fore in the 2020 Prix de Diane (2100m) at Chantilly on Sunday?

The Prix de Diane is the French Oaks and the equivalent of the English version run a fortnight before.

Originally only available to horses bred in France it has been raced only at the 2100m.

The race was not run during WWI and also in 1940 with some runnings held at Longchamp and Le Tremblay.

When grading started it was a Group 1.

Six horses have done the Prix de Diane/Prix de l'Arc de Triomphe double with Treve the most recent in 2013. The great filly was a dual Arc winner and was successful in her Prix de Diane by four lengths at just start three.

The last non-French winner was Laurens in 2018 for Karl Burke.

The 2019 Prix de Diane was won by Channel from Commes and Grand Glory. 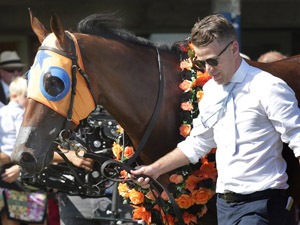