Future G1 winners have taken out the How Now Stakes run at Caulfield on Saturday.

Politeness was one of those. Is the 2020 How Now Stakes (1200m) at Caulfield on Saturday going to provide another one?

The How Now Stakes is a Group 3 race run under Set Weights and Penalty conditions for four year old and up mares at Caulfield conducted by the Melbourne Racing Club.

The How Now Stakes has always been run at Caulfield. The race has only been run at the 1200m from the Caulfield dog-leg start.

The race is named after the mare who won the 1976 Underwood Stakes.

The How Now Stakes was a Listed race until 2005 then Group 3 thereafter.

Some recent winners would go on to win G1 races in the season of their How Now win.

The 2019 How Now Stakes was won by Manicure from Angelic Ruler and Dawn Dawn. 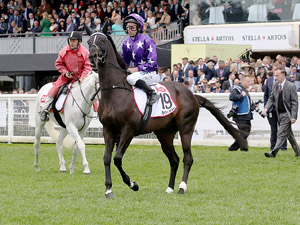 News Article
Updated 7 hours ago
Sound in top order ahead of Bart Cummings
Kementari back for second campaign after fertility issues
Good gate key factor for Mugatoo in Metrop
Firm deck a concern for Alexander's stayer
Libertini puts Everest cards on the table
Rivals out to break Epsom hoodoo for mares
Overseas Cup raiders on way to Melbourne
Vandyke recruit set to Lord it over rivals
Vow And Declare ready for Turnbull Stakes
2020 Epsom Handicap: Tips and Race Preview