In a big move Aquis has used its slot in The Everest to put Golden Slipper winner Farnan into the race today.

Farnan was part of that strongly run Run To The Rose last week and following this announcement, Tulloch Lodge indicated he will NOT contest the Golden Rose next Saturday.

Aquis has confirmed Golden Slipper winner Farnan as its runner in the #TABEverest . That's six down, six to go! pic.twitter.com/zDXPRwRI8v

Following the announcement that Farnan has been selected to race in the 2020 The Everest, co-trainer Mr A Bott has confirmed the colt will not start in the Golden Rose to be conducted on 26 September 2020.

Wagering operators are requested to remove him from Golden Rose markets.

Also this Friday, the Gayna Williams-trained El Mo has been confirmed as a runner in the Kosciuszko for a Port Macquarie syndicate.

El Mo has been confirmed to run in #TheKosciuszko going to the Port Macquarie Hotel Motel syndicate. pic.twitter.com/fR4Ret0MnV 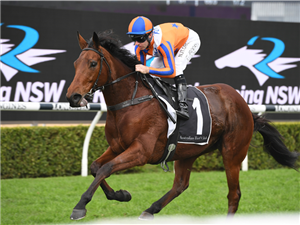