The fillies have the agenda in the New Zealand 1000 Guineas run at Riccarton on Saturday.

Last year was a high quality edition with all going on to do good things. Can the running of the 2020 New Zealand 1000 Guineas (1600m) at Riccarton on Saturday be the same?

The New Zealand 1000 Guineas is regarded as one of New Zealand's feature 3yo fillies races along with the Oaks run later in the season.

Over the traditional mile, it is run during the New Zealand Cup week festival of racing and trotting in November.

The Derby and Oaks were run at Riccarton but when they were moved to Ellerslie and Trentham, Riccarton was decided as a place to contest Guineas races along the same lines as their UK equivalents. This was especially more relevant with the Classics now run much later.

Tycoon Lil is probably the best of the winners in the last 20 years winning Group 1s on both sides of the Tasman and being close up in a Cox Plate behind Might And Power.

Canterbury Belle came to Brisbane and won the Stradbroke that season.

The 2019 edition saw all three placegetters end up being G1 winners as 3yos.

The 2019 New Zealand 1000 Guineas was won by Loire from Jennifer Eccles and Travelling Light. 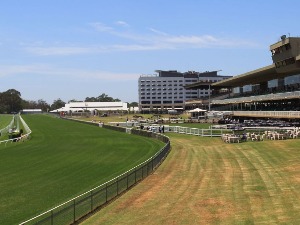