A capacity field looms ahead of the inaugural $202,250 Magic Millions SA 2YO Classic at Murray Bridge on Saturday.

Traditionally run on Adelaide Cup Day, the richest two-year-old race in SA has been moved forward nine days in 2021 and Racing SA received 18 nominations for the feature – including 11 from interstate stables – for the first running at Gifford Hill.

Some of Victoria's biggest stable have representatives, including the Freedman stable fresh from their Blue Diamond success with Artorius at Caulfield last weekend.

They have nominated $300,000 purchase Metzarro, a daughter of Pierro. The filly was well backed on debut when she flashed home at Sale.

Lindsay Park could have two representatives: Biscayne Bay, who was purchased for $410,000 from the 2020 Gold Coast Magic Millions Yearling Sale, and Lady Of Honour, who is part-owned by Coolmore.

Leading dual-state trainers Tony and Calvin McEvoy also have two nominations while young Morphettville horseman Travis Double has also has a pair of entries or the race. The SA stable of Leon Macdonald and Andrew Gluyas also has a nomination.

The new Murray Bridge feature meeting is a Racing Reward SA Bonus Day, with the owners of the first Racing Rewards SA horse home in each race receiving a $10,000 voucher (split between Racing SA and Magic Millions) to be spent at the 2021 Adelaide Yearling Sale on an eligible Racing Rewards SA yearling.

It looms a massive day for the Murray Bridge Racing Club, which received a total of 161 nominations for the nine-race card. 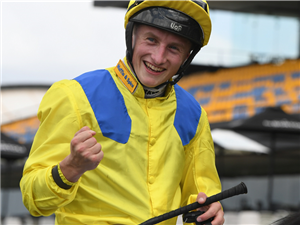