Kris Lees says he has a slight leaning toward Cristal Breeze in the opening heat of the Provincial Championships at home at Newcastle tomorrow.

Lees' representation in the $150,000 Qualifier (1400m) – the first three placegetters automatically clinch starts in the $500,000 Final (1400m) at Royal Randwick on April 10 – was reduced to four this morning when he decided against running Frozen In Time because of her awkward draw, with the rail out 4m.

"The opening heat is often the strongest of the five, and tomorrow's race looks that way again," Lees said.

"It is very open, and all four of mine will be competitive.

"I have a slight leaning to Cristal Breeze , who has recovered from his drama at Randwick a fortnight ago and is ideally placed from an inside alley.

"He is a talented type and I expect him to run well.

"He was coming up nicely for the Provincial Championships before his Randwick failure a fortnight ago, and can be forgiven that in view of the circumstances."

Mitchell Bell will ride Cristal Breeeze, Andrew Gibbons partners Animate, Alysha Collett teams with My Swashbuckler, who resumes as a gelding, and Jeff Penza is on Safado.

Lees' reference to tomorrow's heat being an open affair is in line with the early TAB market, with Animate and Pandano disputing favoritism at $5. Cristal Breeze is at $7.50, My Swashbuckler $13 and Safado $14.

Aside from his four Provincial Championships runners, Lees also starts Miss Statement (Gibbons), who makes her debut in the 2YO Maiden Plate (900m).

A daughter of Press Statement, she has performed well in both trials, finishing second of three over 845m at Wyong on February 4 and then beating five rivals over 800m on heavy ground at Gosford 13 days later.

"Miss Statement is a nice filly who is going well, but has to overcome an awkward draw in what looks a good race," Lees said.

Rustic Steel and Sammy both will miss the Class 1 Handicap (1200m), and the former also is an absentee from the Benchmark 78 Hndicap (1200m) at Canterbury tonight.

However, Sammy (Nash Rawiller) lines up at Canterbury in the Benchmark 64 Handicap (1200m), with blinkers going back on.

"Sammy is resuming following two recent trials and, though he should run well, I'm sure he will take further improvement from the race," Lees said.

Prime Thoroughbreds' In The Blink (Andrew Adkins) makes her debut in the 2YO Maiden Handicap (1100m) on the back of a recent Gosford 800m trial win on heavy ground.

"Another nice filly by Pierro," Lees said. "This won't be an easy race first-up, but a good draw gives her place prospects." 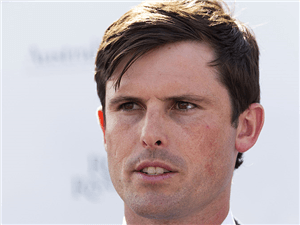