Paige Kenney hopes Tabtouch has got it right rating two of her runners at Belmont on Wednesday.

Paige is optimistic Poker Face, a lightly-raced four-year-old in her maiden campaign, can extend her winning spree to four.

After she was unplaced in her opening two races, Poker Face has struck back impressively with a hat trick of wins and Pinjarra and Belmont.

Poker Face has drawn the second widest gate in the small field of six. She carries 56kg with the claim of Beaux Banovic Edwards.

"I can understand why she is favourite because she is in a good patch of form," Paige Kenney told The Races WA.

"She seems to be liking the wet track and the 1000m, so she does tick a lot of boxes.

"I would have preferred the straight 1000m, but she has won at Belmont and around a corner before."

Kenney is banking on the booking of champion jockey William Pike to be the difference for Starlift.

A last-start sixth at Pinjarra didn't go to plan for Starlift, but Kenney says she is better than what she showed and expects a bounce back performance.

Coming off a short freshen-up, Starlift turned the corner wide, layed out, got tightened between runners and had her rider lose his whip.

"It's pretty hard to take much out of the race, she can find problems and bad luck in her races," Kenney said.

"But if you go through her runs in her maiden campaign, she has been very consistent.

"I like her and think she can go on with it if she can get everything to go her way."

Meanwhile Kenney says her classy mare Vane Tempest will be aimed at the fillies and mares series at Ascot later in the year.

The daughter of Snippetson has not raced since suffering a setback when seventh to Olga Louisa at Belmont last month.

Earlier in her preparation the daughter of Snippetson underlined a heap of promise with three top wins and a second in May and June.

"She was enjoying a really good prep before suffering a foot abscess," Kenney said.

"She'll come back and be aimed at the fillies and mares races at the Ascot carnival.

Kenney will aim to open the new season at Belmont on Wednesday as effectively as she finished the last.

"You don't really notice it because you are so busy with your day to day things," Kenney said.

"But when you hear the results it makes you think we are doing something right.

"Hopefully it can lead to a bunch of more great owners."

The Jungle Mist Classic, a Listed event, is run on November 20. 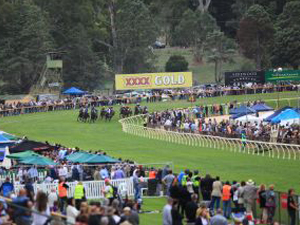