Gai Waterhouse and Adrian Bott have a pair of promising three-year-olds in action at Rosehill.

Two progressive three-year-olds from the Tulloch Lodge yard can cement their Magic Millions Guineas claims when they line up in separate races at Rosehill.

Shihonka will face a distance test when she extends beyond 1200 metres for the first time in Saturday's Cabra-Vale Diggers Handicap (1350m), while the unbeaten Snitzonfire returns from a freshen-up in the Canterbury-Hurlstone Park RSL Sprint (1200m).

A half-sister to exciting juvenile and Magic Millions Classic favourite Coolangatta , Snitzonfire has been a stable surprise packet.

Tim Clark has partnered the three-year-old to his brace of metropolitan wins and says the gelding is so laidback he is difficult to get a read on at trackwork.

"He is one of those horses that just does what he has to at home, so it is hard to get a guide on exactly how well he is going," Clark said.

"But when he goes to the races he switches on and he knows what it is all about.

"With the Gold Coast in mind, he had a little freshen up after his last start and he has come back in, had a tick over trial last week and he seems in really good order.

"I think he has improved a little bit during his break."

Snitzonfire has not raced since scoring over 1400 metres on October 30 but several of the horses who finished behind him have franked the form.

Runner-up Bend The Knee was a Listed winner at Flemington during Cup week, fifth placegetter Kiss Sum took out the Four Pillars while Holstein , who finished last, has since won at Randwick.

Clark's one reservation on Saturday is the distance drop.

"Coming back in distance wouldn't be ideal for him, even though he is coming off a let-up," Clark said.

"He will appreciate when he gets out over that 1400 again, but he is a pretty handy horse and he has got plenty of positives about him."

Last-start winner Shihonka still needs to prove her distance credentials, but the stable has always had a healthy opinion of the stakes placegetter and Clark says the way she has been relaxing in the run indicates she will enjoy the extra journey.

"It looks a natural progression for her, this race, and I have always thought she would stretch out over a bit further," he said.

"The best part of her race the other day was her last 100, she was really strong through the line, so I am looking forward to seeing her stretch out in trip."

Both Shihonka and Snitzonfire hold nominations for the Magic Millions 3YO Guineas (1400m) at the Gold Coast in January. 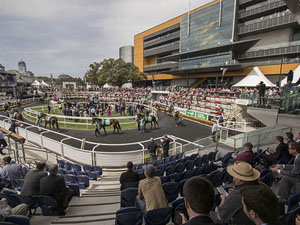