The spring carnival is over and it's come to a fairly abrupt end judging by the fare on offer at the Valley on Saturday.

That said, there are winners to be found and we hope to have found one in the fifth race on the card in the shape of Bill The Bee.

Bill peaked on his run first-up and was picked off late in the piece, but we are tipping sharp improvement second-up in a race that can work out nicely for him from the wide barrier.

He has the pace to clear these, or at the very least work into a prominent position outside or stalking the leader and we think he has the talent to win it from there.

He was a winner second-up last prep and then posted a strong rating third-up that leaps off the page against fairly limited looking rivals on Saturday.

Snogging stuck on well enough in a high-pressure mares mile on Cox Plate Day - Vanuatu ran well in the same race but comes up much shorter here - and we like the month between runs off a tough test like that one.

She had little luck from barrier one in this race last year but a clear crack at them off a soft run here should see her in the finish and in a race with limited depth the chance to back her each-way looks a chance worth taking. 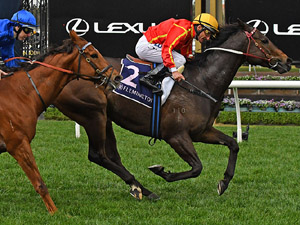