The absence of Bold Thruster leaves stablemate Top Knight well placed to return to the winner's stall in the eighth event at Kranji on Friday night.

A game second in the Group 3 Silver Bowl [1400m], Top Knight worked home well, but was unable to reel in his talented stablemate.

His third second placing this time in, Top Knight adopted his customary position worse of midfield with Bold Thruster leading and holding a three length break passing the 600m.

While starting to tire late, Bold Thruster just held on with Top Knight peaking on his run.

It was a stirring battle and they do appear a notch up above their rivals, with a further 1.5L back to third.

No surprise to see Bold Thruster missing this time, 1400m looks to be his very limit, whereas Top Knight appears much better suited at the mile.

He is unbeaten in three prior attempts and the wide draw keeps him out of trouble.

When assessing Timeform weight adjusted ratings, he rates clear off the Silver Bowl and if able to hold his form, if not improve, he should take a power of beating.

Admittedly he never really threatened, however he too should be aided by the step up in trip and has drawn to get a lovely run with Daniel Moor sticking aboard.

Has to take another step, but no reason to think he can't keep raising the bar.

The Shane Baertschiger trained Aramaayo beat Top Knight two back, before not that far off the mark last start.

He is another who appears better suited getting out to the mile, and while drawn out, he is more than capable.

When formerly trained by James Cummings, he was Group 1 placed when a narrow second in the Group 1 Spring Champion Stakes [2000m].

Yet to fire third up previously, but still has to be respected.

Of the rest the Cliff Brown trained Elite Incredible appears the next in line. 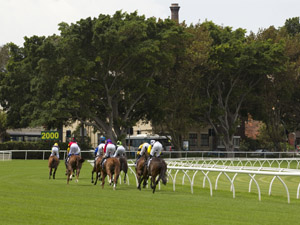