Mister Ripley can take up the running at a genuine tempo. SHAMANI (9) missed a lip on debut at Kembla Grange and has kept up to the mark with a trial since. Gets a wide gate but Berry is a key booking and the mare sets a decent standard. THE FRINGE (10) resumes from the rail and has shown enough to suggest this is winnable. Has had two trial warmers and Collett rides from the rail. YES NO MAYBE SO (7) debuts and has looked good at the trials. Gets the blinkers on and watch the betting closely. MISTER RIPLEY (1) has been around the mark and has the handy 2kg claim. He will be in it for a long way controlling the race. SELECTIONS: #9 Shamani will have taken fitness and learning and can take this out.

As a FREE Racing and Sports offer, click below for today’s Wyong Computer Card.

No designated leader and Hafu may do the job. HAPPY ATOM (6) was slow off and wide just missing the placing at Gawler and then just a run this grade after and forgiving that. Her best is good enough and she finds a suitable assignment. THE RED SEA (3) was on-pace and faded in the same race. Had been on the improve and is worth another chance drawn again for a soft run. SOSTENIDO (7) surprised the market missing a whisker at The Parks and that stacks right up. He should see out the extra trip and is close to an overdue win. GOTTABITON (4) has been knocking on the door at Port Lincoln and can't be ruled out. A tough program.  SELECTIONS: #6 Happy Atom looks a bet at the each-way quote.

Speed should be solid enough over the 800m journey. PRINCESS FACTOR (9) makes her resumption. Well tried on debut at Dubbo but she was trapped deep for the entire and weakened 150m out. Given plenty of time by the yard. 800m here so no public appearance in readiness. Will improve from this but untapped ability should take her a long way. FOX ON THE ROCKS (10) showed blinding early toe before folding up on debut at Tamworth. She too was immediately spelled. Four subsequent winners have come out of that race. Expecting a bold performance from the good alley. EXPECT A HERO (5) is new to the Rodney Robb stable. Career highlight to date came two starts ago at Narrandera when placed to the smart Delightful Dream. Watch the market. AGENT MOON (1) and HIREACH (6) best of the rest. SELECTIONS: Princess Factor straight out.

Strong early tempo with Moi Choux leading the way. ROCKING EAGLE (6) resumes off decent city races for the Moroney yard and two runs ago was beaten a whisker in at Flemington 78 at this trip. He draws to advantage and delivered the only first-up outing. Has been away for a while but should have these covered if presented on-song. ZIAVERA (11) deserved the easy Maiden win third-up making a ratings spike. He will ride the pace from the low gate and presents fitter and a danger. INDERNILE (7) has been slow off the last two and did a good job to place here the latest. Needs a good ride but is capable and can't be ruled out. DESIGNER CHEF (1) was back to his best winning the 70 here and is also in the mix. SELECTIONS: #6 Rocking Eagle can win if the betting holds up. 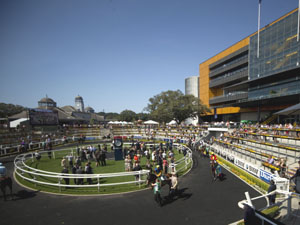