Genuine early tempo as The Rouseabout leads the way over Lucitor and Deponent. WHATSIN (2) resumed with an impressive win at Hawkesbury a fortnight ago. Deserves favouritism on the basis of that effort and drawing out isn't a negative for a get back horse like herself. Holds nice scope and should be hard to beat coming down the centre of the track. REBEL BRO (1) is a consistent type. Tried over 1500m last start and never figured. Back in grade and showed nice grit to win at Wyong two starts ago. DEPONENT (6) has won the one race and it came here. He's looking for this trip. THE DROVER (5) best of the rest. SELECTIONS: Whatsin to go back to back.

As a FREE Racing and Sports offer, click below for today’s Mudgee Computer Card.

Only a moderate tempo with Red Rossini leading the way. DELIGHTFUL HUSTLER (6) came from the back (drawn wide) and sprinted clear winning the 58 and then overcame a bumping duel to be beaten a whisker here in 70 grade against her own sex racing midfield. Gets the handy gate and 2kg claim and is the one they have to beat. DANCE READY (2) was plain at Terang as favourite but returned to racing in good order and has more up the sleeve. Worth another chance. HESONTHERUN (4) was back to his best winning the Maiden and drawn low will get every chance at odds to build on that. VON MYSTIC (7) always needs a good ride but resumed in good order and fitter won't be far away.  SELECTIONS: Expecting #6 Delightful Hustler to have an edge.

Gee Gee Acehigh and Limerick City can make the speed. CALIFORNIA HONEY (8) hasn't been far away the last two runs well-bet. They stack up for this and she won her only try this track. Is clearly the one to beat drawn to advantage. GEE GEE QUEEN BEE (1) won the 60 comfortably from the speed and then had excuses the after and forgiving that. Gets the low gate today and the 3kg claim and a bounce is likely. ELISAVET (4) resumes and has a good record here. Keeps McCoull and expect her to be ready and to go well. RAAY OF TIME (2) won first-up this course and trip last campaign and is a market watch resuming. SELECTIONS: Keen on #8 California Honey.

Brimm looks the likely leader and it may be comfortable. NIGHT WITCHES (5) improved again at Flemington and then won here this grade at the Mile. Belted home in that and the middle distance looks right up her alley. Oliver sticks and should get a soft run from the rail. INFLUENTIAL GIRL (2) missed a lip at Sandown up to 1800m surprising the market. Gets a low gate and the handy claim and is a player with the extra fitness. DESERVED (4) was a big winner this level at Benalla and then was plainer here after. The 3kg claim and gate advantage and she's worth another chance. HEARTLAND RAIDER (7) will represent some value but is worth a look forgiving the latest. Back after 5-days and like Walker's booking. SELECTIONS: The Godolphin galloper Night Witches can prove too good.

Strong pace as Jarrett pushes to the lead with Pitchfork thereabouts. PITCHFORK (9) appears nicely placed to take out the final event on the program. Started working through his grades at the end of last campaign with successes at Newcastle and Canterbury. Has trialled twice in readiness for this with Bowman staying aboard for raceday after his latest hitout over 1045m at Randwick. Jockey/trainer combo boasted a 50% winning strike rate during the 2019/20 season through 14 rides and is at 33% to date in 2020/21. BIG BAD BRUCE (4) showed good improvement to win second up at Wyong. Fitter again and has won third up in the past. Consistent and the rise to 1400m another positive. MUBARIZ (8) resumes. Has placed in two of his three prior fresh runs. Now commencing his second Australian prep which is when a lot of these Chris Waller imports find another level. TRUST THE PROCESS (11) resumed in good order at Hawkesbury last start. Bred to hit his straps beyond a mile however has to be a chance of building on that solid first up display here. SELECTIONS: Have to go Pitchfork straight out in the last. 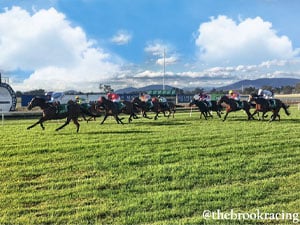