Adelaide NBL guard Josh Giddey could be the first international player selected in the NBA draft after he officially nominated on Wednesday.

Josh Giddey could be the first international player selected in the 2021 NBA draft after the Adelaide 36ers' guard officially nominated on Wednesday.

Fresh off becoming the youngest Australian to notch an NBL triple-double, the 18-year-old is ranked 13th in ESPN's projected top-100 NBA draft rankings.

But with his stocks continuing to rise on the back of a solid NBL debut season - he's averaging 11 points, 7.1 rebounds and a league-best 7.4 assists - he could climb even higher.

Scouts from the Toronto Raptors arrived in Australia to watch the 202cm talent's historic performance against the New Zealand Breakers before Giddey announced his intention to enter July's draft.

He's tracking similarly to LaMelo Ball, who impressed in the NBL for the Illawarra Hawks last season before going at No.3 in the NBA draft, then quickly establishing himself as a rookie of the year contender before fracturing his wrist.

A gifted passer and versatile defender, Giddey views himself as a similar package to NBA All-Star Ben Simmons, who he could play alongside for the Boomers at the Tokyo Olympics later this year.

"Josh is the most talented 18-year-old the NBL has seen in a generation - and an even better young man," 36ers general manager of basketball Jeff Van Groningen said.

"We know he'll represent himself, his family, the Adelaide 36ers, and our league so well on NBA draft day, just as he has represented us so well this season." 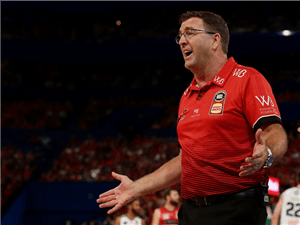