All athletes and support staff must be cleared of coronavirus by two tests within 96 hours of departing for Tokyo.

And athletes and their close contacts will then be tested daily while in Tokyo for the Games to start on July 23.

"We certainly welcome the additional testing," Chesterman told reporters in Melbourne on Thursday.

"It's important we have that extra level of testing.

"That gives our athletes confidence that when we get into the Olympic village, which becomes our bubble, there will be a safe environment."

The new measures were announced by Games organisers who have delayed a decision on spectators until June.

International spectators have been banned but Chesterman hoped Japanese crowds would be permitted.

"I would still be hopeful, and I know everyone wants there to be some fans in the crowds," he said.

"We know there won't be any international fans and there hopefully are Japanese fans.

"But this is a Games in which the athletes say 'just give us our moment on the Olympic field of play'.

"Is it going to be the Games that we all wanted to have with big crowds? Maybe not."

Australia will decide in June whether to enforce its own protocols on top of those detailed by Tokyo's organising committee in so-called playbooks.

Parts of Japan, including Tokyo, were put under a new state of emergency at the weekend, and most Japanese public think the Games, postponed from 2020 because of the pandemic, should be cancelled or delayed again.

But Chesterman said ensuring athletes got "their time in the sun" was paramount to the AOC.

"It is a very different environment to what might happen at a normal Games," he said.

"... These are a Games for these times, they're difficult times.

"But our athletes want their moment on their field of play and we want to create that opportunity for them.

"We really hope that while the athletes may miss out on some of their normal experiences, they still get their moment in the sun which they have worked so hard for for four years, five years and in many cases a lifetime."

Australia's entire Olympic team and staffers, expected to be around 1200, will start getting coronavirus vaccinations from next week. 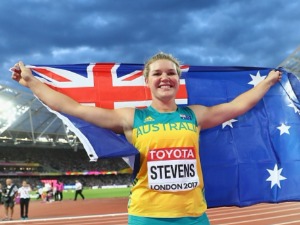