Perth Wildcats recruit Will Magnay is eyeing off the NBL title after signing with the defending champions for the remainder of the season.

Perth's NBL championship hopes have been given a major boost with Boomers centre Will Magnay signing for the remainder of the season.

The 208cm big man only recently became available following a stint with the New Orleans Pelicans in the NBA.

"To come back and play for a team like Perth with all its history and its success, and play under a coach like Trevor (Gleeson), it's a great opportunity," Magnay said.

"I want to win, there's a culture there of winning. Stats or awards don't mean anything if you don't get that championship at the end. I think this would be a special moment to win one and that's what I'm here for to help the boys win.

"My game style is to play hard and play the right way. I'll do what it takes to win and be a good teammate. That's what you can expect from me."

Magnay is currently under hotel quarantine in Sydney and will travel to Perth ahead of Sunday's home game against the NZ Breakers, where he will suit up for the first time as a Wildcat.

While playing for the Brisbane Bullets in the 2019/20 NBL season, Magnay was named the league's Most Improved Player and runner-up for NBL Best Defensive Player.

He led the competition in blocked shots at 2.1 per game while adding 8.1 points and 6.0 rebounds.

It was his third season at the Bullets after signing as a development player in 2017.

As a result of the breakout season, Magnay received attention from NBA scouts and in December signed a two-way contract with the New Orleans Pelicans, debuting against the Los Angeles Lakers in March.

While playing with the Pelicans-affiliated NBA G-League team, the Erie BayHawks, he averaged 9.1 points, 5.4 rebounds and 1.4 blocks.

"Will can play above the rim at both ends of the court and that's something that will help out our defence and improve our heat on the rim on offence," Gleeson said.

"He can run the floor, he's athletic and he can finish over traffic. These are attributes that can help our team.

"When Will became available and made it clear he wanted to join the Perth Wildcats we knew it would be a great fit for our roster, so it was a no-brainer to make it happen given the fortunate timing." 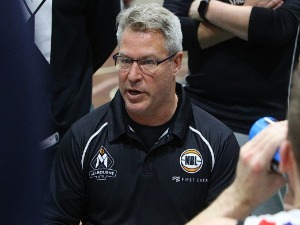