The spring has kicked off in some style and the big trials continue on Makybe Diva Stakes Day at Flemington with three Group races headlining a card that runs deep throughout.

So deep is that card that attention strays from those three Group races towards the front of the card where a trio of three-year-old races all present interesting betting angles.

Race three, the Poseidon Stakes, takes the place of the Danehill which is now run deeper into the spring. That's probably a good thing, and the card doesn't suffer for having the Poseidon here, with a handful of horses tuning up with genuine chances of competing when the races get deeper later in the spring.

In the case of the favourite Ingratiating that is a box already checked. He was placed in both the Blue Diamond and the Golden Slipper at two and confirmed that he has come back at least as well this season by winning the Vain Stakes first up.

Those he rounded up there look scratchy in hindsight, second and third beaten in lesser races since, but his combination of time and sectionals was far from scratchy and his chance here is obvious.

But (there is always a but) 'obvious' hardly means forgone conclusion. Finance Tycoon beat both Ingratiating and Shaquero last season before the pair turned things around on him in the Diamond and Magic Million respectively.

Despite that, any idea that he had just caught them out by being ahead of the curve early in the season was put to bed when he signed off his campaign with a power-packed performance to win the valuable Showdown at Caulfield. The timefigure there was on of the better ones from a two-year-old all season.

He didn't beat much, but he didn't just beat them, he belted them, and with that rating front of mind a good case can be made that there is little between he and Ingratiating. The betting makes Ingratiating almost twice as likely - around evens against 5/2 - and we think that gap should be tighter.

The same course and distance hosts what may just be the best three-year-old fillies contest of the season so far with the Cat D'Antibes featuring the very sharp Crystal Bound along with another couple that are stamped 'promising' in the form of Seradess and Pretty Woman.

I make Crystal Bound top pick by 2lbs over Pretty Woman who ran a sizzling time around Canberra at just her second start. Any doubts about the true worth of that time have since disappeared as both second and third have won Group races since.

Pretty Woman could also be headed that way, and arguably should have won the Riesling before a break but for getting no room when she desperately needed it, and while she bumps into some similarly promising fillies here, double figure odds surely don't do her, or that performance, justice. 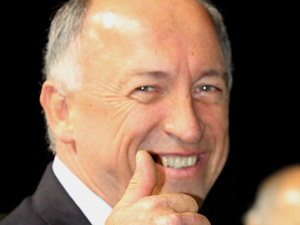