Racing and Sports highlight our standout plays at Australian TAB meetings for May 14.

EASY SINGLE (12) is a lightly-raced sprinter for Maher/Eustace first-up since December. Worked through his grades impressively last prep, with the highlight a narrow defeat in open company over 1100m at Ballarat (metro). In for a big campaign. WHIPCRACKER WAY (11) was held up in traffic then sprouted wings when clear to grab second last time out over this trip at Sandown. Talented sprinter who should enjoy a bit more galloping room today and at good each-way odds looks a nice gamble. HOW WOMANTIC (2) is a Group 3 winner back from a 29-week spell. Opened last prep with a very close third over this distance at Sandown in a Bm90 for the mares. Unproven down the straight but too classy to leave out. The speedy YOUNG LIAM (6) hasn't run a bad race for a long while. Distance specialist around a bend but a question mark up the straight. Still worth including at a lucrative quote. DOSH (1) is first up and did finish third here in the Listed Cap D'Antibes when resuming last prep. Respect.
SELECTIONS: #12 Easy Single to win the last at nice odds.

As a FREE Racing and Sports offer, below is the Flemington Computer Card.

STARTANTES (10) made a strong return against older horses when running on for a 1.7L fourth in the G2 Victory Stakes. That was her first run since missing out on a G1 in Sydney by just a nose and she gets up to that distance again. Has won two of three second up attempts and looks hard to stop against her own age. MINSK MOMENT (5) ran on to win in his first visit to this track last start. He is progressive and looks suited by the extra 100m. EL VENCEDOR (8) is a Kiwi on the up having won his last two outings, both at this trip. He can measure up. RELEASE THE BEANS (4) is close to a win having placed at two of three runs this time in while RANCH HAND (3) can do better back in grade.
SELECTIONS: Startantes has the form and the ratings to win this.

ATLANTIS BEACH (5) resumed with a nice effort then chased home a smart one at Ascot two weeks ago. Drawn nicely and if repeats last effort he'll go close. GINGER GREEN (2) is hard to knock with two wins from his last three and a solid effort to score at Ascot two weeks ago. Will have every chance from the inside. ALBUKHTURI (8) has been going well without winning, hasn't won for some time but each-way claims on recent form. ARNO THE FOX (4) and SLUICE BOX (1) have claims too.
SELECTIONS: Atlantis Beach to win. Trifecta 5-1,2,4,8/1,2,4,8.

Another good race is the Adelaide Guineas albeit it looks one sided. How could you be anything other than impressed by ILLATION (1) so far. He won easily on debut but then stepped straight into Listed grade and won by panels. His turn of foot was exceptional. Just needs the same luck. UMGAWA (2) has been racing nicely in Victoria through the Autumn. He runs the same standard each time. RIDDLERO (3) drops back from staying races. Desperate for rain. LAST GIRL LOVE (12) could place but that looks the best possibility. SELECTIONS: You can't bet against Illation but quinella with Umgawa.

The Listed Denise's Joy Stakes for three-year-old fillies. The penny has dropped for I AM ME (13) this time in who has strung three wins together on the bounce including two over this journey. Hails from an in-form barn and is racing with plenty of confidence. Looks to have a bit of upside and no reason why she can't continue on her winning way. The well-related ZAPATEO (3) is a model of consistency only missing a drum once in seven career outings, and that was a close-up fourth behind Mazu. Expected to play a major role in the outcome. MALLORY (1) boasts only one victory from 12 starts but has competed at stakes level her entire career. No surprise to see her post win number two here. A VERY FINE RED (5) best of the rest with Bowman in the saddle.
SELECTIONS: I Am Me to win.

SEA CROSSING (5) has needed both his runs back this time in and did hit the line strongly when finishing fourth last time out. He will be peaking third up and is crying out for a middle distance. This field isn't the strongest and with Luke Dittman in the irons he will be given every chance today. Hard to beat. ALIRAAJ (1) has seen his form improve markedly on wet tracks and has posted back to back big wins, he is a winner at his only start on this track and there is no reason that he can't complete a hat-trick of wins here. PRATTEN PARK (10) overcame a few obstacles last time out to get up in the last stride to win by a nose at Grafton. She revels in wet ground and is poised to take the next step. Watch closely. FRIEND OF GOD (11) was a touch unlucky fresh up when finishing second at Chinchilla and has franked that form in three runs since then, with two wins and another second placing. Her last start big win suggests that there is more in store in this season. Can win.
SELECTIONS: Sea Crossing win bet.

OCEAN RAIDER (6) performed well in stronger maiden grade in town at first campaign before heading for a break. Looks nicely placed here fresh and should make a bold bid. EGYPTIAN WONDER (1) resumes after three successive third-place finishes to round out campaign. Looks nicely off fresh at this trip and is worthy of respect. HEARTS AND MINDS (2) made a promising start to career when filling a place at Kerang. Has trialled in preparation for return and has to be kept safe. POWER GLIDER (10) has had two runs back from a long break and has performed solidly on each occasion. Should be at peak now and can go close.
SELECTIONS: Back Ocean Raider to win. 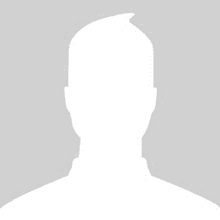