Murtagh is one of the world's most decorated jockeys, having won more than 105 Group 1 races before turning his hand to training in 2013. He is also a regular contributor to ITV racing coverage in the UK.

Murtagh will be a special guest at upcoming VRC events including the Melbourne Cup Carnival Launch, VRC Members Trackwork Breakfast and Lexus Melbourne Cup Parade, as well as forming part of the panel for the VRC's International Program, a two-hour package that broadcasts key highlights from Lexus Melbourne Cup Day across the globe.

VRC Chairman Amanda Elliott said she was delighted to be welcoming Murtagh back to Flemington.

"It is a pleasure to have an international racing icon such as John Murtagh here for Cup Week," Mrs Elliott said.

"John has experienced the magic of the Melbourne Cup as both a jockey and a trainer and he has many fond memories which I'm sure VRC members, guests and media will enjoy hearing about.

"John brings an incredible wealth of knowledge and a unique international perspective."

"I have been wanting to get back to Flemington for the Melbourne Cup since I last had a runner in the great race in 2014," Mr Murtagh said.

"It is one of the world's most prestigious races and the build-up is like nothing I have ever seen. I can't wait to be part of it again."

Murtagh's career in the saddle included wins in some of the world's biggest races such as the Prix de l'Arc de Triomphe, Irish Derby and Oaks, the 2000 Guineas and the Hong Kong Vase. Murtagh was also crowned Ireland's champion jockey on five occasions and among his career highlights are three wins in the prestigious Epsom Derby aboard Sinndar (2000), High Chaparral (2002) and Motivator (2005).

Australian racing fans remember Murtagh as the rider of Australian-bred and trained sprinter Choisir. Together the pair created history at Royal Ascot in the 2003 King's Stand Stakes as Choisir became the first Australian-trained horse to win in England.

In his short career as a trainer Murtagh has saddled up feature race winners including Mutual Regard in the 2014 Ebor Handicap before bringing the horse to compete in the 2014 Melbourne Cup. 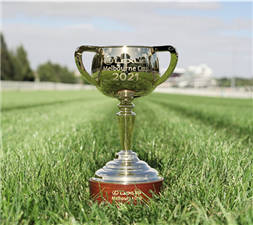