Easily one of the best weekends in sport - headlined by the Golden Rose at Rosehill on Saturday.

Godolphin have won the Golden Rose in three of the past six years – even more impressive given they didn't have a runner in the years they missed.

Exosphere first completed the Run To The Rose/Golden Rose double in 2015 before Astern in 2016 and Bivouac in 2019.

Of the four Run To The Rose winners Anamoe will be their shortest priced favourite in the Golden Rose ahead of Bivouac who was sent out at 6/4.

From a ratings perspective Bivouac was the highest rated leading into the Golden Rose, rated 124+ by Timeform following his win in the Run To The Rose, Exosphere was rated 122+ while Astern was rated 122.

Anamoe will line up on Saturday with a rating of 120+ to his name, a figure which stands him apart from his rivals.

He remains the only horse in the field rated >=120, second favourite Remarque is rated 107 while Artorius is rated 118 off his Blue Diamond win.

Has a sticky draw to overcome but at toss of the coin odds I'd say that's fair, I'd assume most would have him winning five in 10.

The Chris Waller trained No Compromise sets up well in the fourth event following his eye catching third in the Newcastle Cup.

A model of consistency since joining Waller's care in April, his form beyond 2000m has netted two wins, a narrow defeat and a Group 3 placing.

Gets in very well at the weights and a key switch with McEvoy aboard.

Lobs into the perfect spot from the draw and while the firm track is an unknown, happy to stick with him regardless.

Have him marked inside 6/4 and he is one of few runners engaged who doesn't appear to be treading water.

The Chris Waller trained Kiku hasn't set the world on fire at the trials back but not getting too concerned with that as on form she is very well placed in the final event.

A winner of four of her nine starts she has only missed the placings once which came at her last start when caught out of her ground in the JHB Carr Stakes.

She was still only beaten less than 2L and her win in the Carbine Club prior was very good.

Leading rider James McDonald legs back aboard and has won two of three attempts aboard the mare.

Kiku should get every hope from the draw and with the good speed on up front she can work home over the top of them. 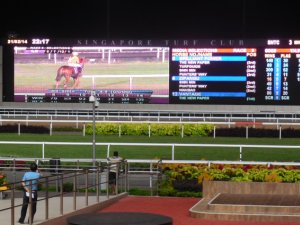