We've arrived at Guineas Day, the biggest day on Caulfield's calendar and one of the biggest of the racing year nationwide.

It's a great betting card, as always, and our best of the day comes up in the fillies heat of the Guineas, race six.

Flit was the unlucky horse in the Prelude from which eight of the eleven runners arrive. She comes up a short-priced favourite on the back of that and it's fairly understandable, but Lyre was a big closer in the same Prelude and she was playing catch up there having missed a run earlier in her campaign.

Two catch up runs have been rock solid from Lyre and now she meets the Prelude field on better terms, from a better draw, and with top jockey Mark Zahra jumping aboard. That's a bit to like and a few nice angles to bet on and $5.50 appeals.

One of the themes of the day is the influx on international runners and they certainly add a layer of intrigue to the betting.

For some they are standoffish. For others, races in the UK, Japan, France, Hong Kong, Colraine, Northam, Rockhampton and Te Teko are all rated in the same database without knowledge of borders.

Of course, in the real world the travel is real and different horses thrive in different environments - and so the answer is probably somewhere in the middle. They can be assessed under the same axioms, rated without borders, but there is still some caution required when it comes to prediction.

With that rambling warning in mind, we are charging into Chief Ironside in the second on the card, betting that a handful of sharp ratings from Goodwood, York and Epsom can translate to Caulfield.

We're also gambling that those ratings can stand up over a trip short of where Chief Ironside has produced them, but he has shown pace, and while his wins have come over 2000m his best ratings have come around the mile.

We're happy to be with him at double-figure prices. 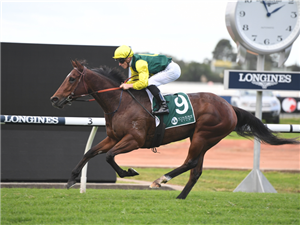