The Michael Clements-trained four-year-old has been making good progress this campaign but has really hits his straps in recent starts.

Bold Thruster was strong when winning over 1100m on the all weather then was a real eye catcher when running on well for third in the Group 3 New Year Cup (1200m).

That run suggested he is screaming out for the step up to 1400m and the switch to the turf should suit him as he has won six of 10 attempts on the surface.

The resuming Countofmontecristo is the interesting runner.

He hasn't raced since produce a remarkable performance when third in the Singapore Gold Cup (2000m) in November.

Today's 1400m is short of his best but he will be well prepared after two solid trials and has a strong fresh record so rates as a big threat.

Gingerella looks to be a mare ready to race through her grades this time in.

She fought hard to win over 1000m first up and while she takes a jump in both class and distance she has a good record at this circuit and looks capable of taking another step forward.

Surpass Natural only managed a midfield finish when resuming but that was his first defeat after going through his maiden campaign winning five from five.

He has trialled since last seen and could be the big improver.

Skywalk has returned in good order having finished runner up at both starts this time in.

Placed at his only previous attempt at 1400m and is a dual winner third up so may be ready to show his best.

Pennywise is a definite contender coming of a last-start win in the Colonial Chief Stakes.

That was his second success from his past three outings so must be respected despite the drop back from the mile. 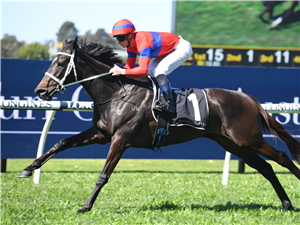