Hopefully racing gets the go ahead this weekend where Golden Mile day at Bendigo has assembled a deep and interesting card.

The Golden Mile itself is typical for it's type, with a big field that runs deep with chances. We think there is a bet in among those chances though with the famously enigmatic So Si Bon, complete with his 7% strike rate, thrown up as a play at the 5-1 on offer in early markets - with better prices hopefully to be bet closer to race time.

This isn't the first time this campaign that the Melbourne Mail has found So Si Bon. We threw him up at 33-1 first up in the Orr Stakes and he rewarded us with a fairly plain one, running reasonable closing splits to finish within four lengths of the winner but without ever threatening.

Since then he has run a better race in a fast edition of the Blamey and then measured up to the All Star Mile when sent out at 80-1.

That effort rates really well in the condensed handicap that is this weekend's Golden Mile and while he is 3/46 overall and not the sort of horse you would pin your last on we think he is well worth chancing in a very suitable and winnable race.

The other feature on the card is the Bendigo Guineas and we are sticking with that theme of finding horses we have found in the past by siding with Star Surprise who we fancied at double figure odds last weekend at the Valley.

There he was an eye-catching third, flashing late on to cover his costs, and it wasn't hard to think that he could have gone close had he been able to make his move slightly sooner.

That was a strong looking handicap and the Bendigo Guineas only looks a bit stronger rather than a lot. The step to 1400m on a more galloping track should work for him and his Pakenham splits from earlier in the prep are still fresh in the memory.

Again he is a double figure hope on Saturday and again we are hopeful of getting better prices between now and race time. 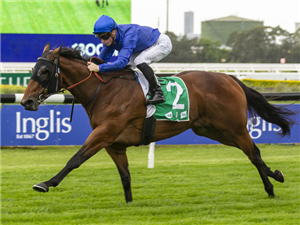