Racing returns to Thoroughbred Park for the first time since the hugely successful inagural Canberra Cup Carnival in early March. Weather is gloomy but the fields boast healthy numbers in what appears a competitive day of Friday racing.

Strong speed engaged. SCARLEO (3) will start in the red now given the scratching of Uprise. Beaten favourite his past couple but has raced well. Settled back and wide when fifth in the Federal maiden behind Zelago during the Carnival, an outstanding form race that has produced three subsequent winners. He's got talent and happy to go with that form.INLAND RETREAT (7) poses a threat. His debut effort at Muswellbrook was full of merit. Sure to be improved by that. The heavy going is a query but happy to trust the trainer's judgement. WAR READY (5) is an exotics chance. Not sighted since placing here on the synthetic last season. Solid return wouldn't surprise. SAILING ALONG (8) has been poor this time in but the blinkers going on can sharpen her up. Nicely bred. SUGGESTED PLAY: Last chance for Uprise. Perfect race for Scarleo.

Hard to find an early leader. WAR DECK (6) is knocking on the door. He's placed on the home track his past couple. Few gear changes. Nisbet knows him well and the horse can reel off a strong final sectional as we've seen recently. Well-placed today and is a deserving favourite.  FIRST LADY (5) is hard to assess. Rarely does she string two good runs together. Has been competitive in better races over her career and if she's here in the right frame of mind she can win. PINCH PASSION (4) draws a gate for the first time this campaign. Respect any market moves. SUGGESTED PLAY: War Deck to hold recent form.

Genuine speed assured. OUTAHAND (3) can go on with the job. Impressive winner at Goulburn last start when coming from near last. Holds plenty of scope. The step up to the mile appears suitable. This race drops off quickly and his back and wide racing pattern should prove the spot to be with the rail out.  SATURN (10) led and kept fighting to win at Orange last start. It took her thirteen tries at winning one but she was well backed that day. In astute hands. Not the worst. EXPRESS COURIER (1) found his race last start at Albury. He's sure to benefit from that but his record at this track is ordinary. Likely to start under the odds with the Dryden factor and for that am happy to oppose him this afternoon. SUGGESTED PLAY: Outahand. Backing to win.

Gamblers Quest should be quick into stride. The nicely bred son of I Am Invincible FULL OF FIRE (1) goes on top. He's had the three career starts and placed in two of them, indicating good ability in the process. 280 days since he last raced so it clearly hasn't all been smooth sailing. Like the stable confidence resuming him without a trial. Weight offset with the claim. He's got enough potential to see it out on the speed. SEVENTH SEAL (2) is a threat. If the Snowden's have him cranked to the max then it's big trouble. He's a full brother to First Seal. Weakened out late in an above average provincial maiden on debut. Now gelded and his recent trials have been crisp. DIAMOND AFFAIR (8) creates interest for the Rolfe camp. First start for them. Two runs in town this campaign have been average but the form has stood up. Booking of Cahill is worth noting and she'll get a nice run in the slipstream of the leading bunch. SUGGESTED PLAY: Full Of Fire. Would love a market push closer to jumptime.

Speed everywhere you look in this as expected over the sprint trip. Handy race. None more deserving of a win than NOBODY'S PUPPET (10). She's proven this campaign that she doesn't have to lead to show her best, something which could take effect in this with so many on-pacers. Made up plenty of ground behind the talented Look Only (winner of four in a row) at Goulburn last start. She loves this track/distance. Creeping towards D-day. OLIFANTS (4) has never raced better. This is his bread and butter. His winning chances have taken a massive hit by the wide alley but he still should perform well. DANGEROUS BREEDING (5) from the rails draw will be competitive for a long way. GRETZKY (3) next best. SUGGESTED PLAY: Nobody's Puppet goes on top.

Expect a solid speed. PEYTON PLACE (2) makes his own luck on the pace. He was rather dominant at Goulburn last time out. Ticks all the right boxes. Big weight is a concern but he's tough and with all these scratchings his task has become a hell of a lot easier. He gets the nod in a very tough race to assess. FLORA BEL (12) is hard to catch. She didn't let down with the big impost at Goulburn last start. Her form here at Canberra is bold. Looms as a threat back at home. TERRA REIGN (11) has returned in good order for the Dale camp. Proved her win during the carnival here two back was no fluke with yet another solid effort in BM66 grade. Will be competitive for a long way. BART (1) is resuming and his fresh record demands respect. If afforded some cheap sectionals early they'll know he's in the race. BLACK WAND (6) for the multiples. SUGGESTED PLAY:  Peyton Place for the win.

Strong speed to end the program. With all these scratchings PROPOSE TO ME (10) gets the nod. She was a debut winner at Wagga but the form out of it has been shocking. In saying that she can only beat what's in front of her. Dale trains. She'll no doubt be improved by that and can take the next step. The market certainly agrees. WICKED WILLY (9) was well backed at start twelve and he didn't let anyone down, winning well. Confidence at a high and this is an ideal race for him to be competitive. SUGGESTED PLAY: Propose To Me to remain unbeaten. 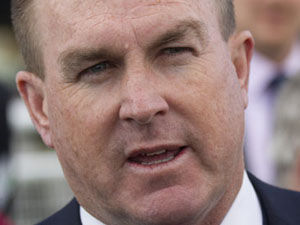