Super Invincible To Fly In His Singapore Debut

The Lee Freedman trained Super Invincible creates plenty of interest in his Singapore when due to line up in the thirteenth event on Sunday night.

Formerly trained in Australia under the care of Lloyd Kennewell [Old Name: Asateer], the son of I Am Invincible placed in five of his six attempts.

A model of consistency Super Invincible brought up two career wins on the all-weather (Pakenham and Ballarat) and left Australian shores rated 92 by Timeform.

Lining up in a Class 4 event, he appears well placed at the weights and he has trialled stylishly in the lead up.

Ridden by Vlad Duric, he jumped away well on the inside and quickly took up the running.

Travelling boldly entering the straight, he shifted off the fence and did it comfortably, drawing clear of his rivals.

Clicked up inside the 200m, Duric still didn't ask him for much, coasting to the line to score by two lengths.

Under a good hold throughout, he appears to have acclimatised well to his new surroundings and appears poised to strike first up.

While unlikely to be at his peak, he finds himself in a very winnable assignment and should appreciate racing on the polytrack.

A speedy conveyance, suspect they will look to lead before asking for the supreme effort in the straight.

Always tricky with these imports, but he looks to be ticking all the boxes and should prove hard to beat.

The James Peters trained Headhunter is also an import and he too appears well placed on his best form.

Previously trained by James Cummings [Old name: Roosevelt], he placed in six of 17 starts, but did lose his way a bit, having not won for 655 days.

Nonetheless, he has trialled well and should appreciate racing back against this company.

Do feel he will be better over further, but he has won fresh and has to be respected.

The Stephen Gray trained Lord Justice  went out (due to COVID-19) a winner and has to be included in his return.

Only lightly raced he has displayed good ability and has placed in two of three attempts on the polytrack.

Drawn favourably and should get his chance, while the Shane Baertschiger trained Always Innocent appears the next in line. 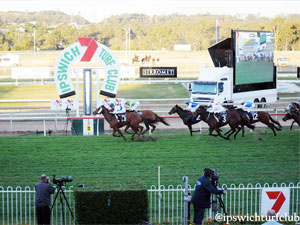