Can't wait for Newcastle tomorrow, we get a dry track and every horse should get their chance.

Trainers have certainly voted with their feet, we have capacity fields and hopefully plenty of value to be had.

In the last event we see the Angela Davies trained Through The Cracks line up following his eye catching effort first up behind Hilo.

Originally nominated for The Hunter, he unfortunately didn't make the field, but this looks a decent consolation prize.

A winner of six of his 14 starts, he has improved with every preparation and has won two of three second up.

An impressive winner of the Provincial Championships Final last prep, he looks very well treated in this company and has clearly been set for this day.

Leading rider James McDonald legs back aboard (1/1) and he's drawn to park him wherever he sees fit.

Always hard to be too bullish with backmarkers, they do need a few things to go their way, however he looks to have these covered for talent.

He's never missed the money (5/5) when having 21 days between runs and should be better suited at 1300m.

When assessing Timeform weight adjusted ratings, he holds an edge off his first up run and with further improvement expected, he should prove hard to beat.

Have marked him 7/4 and happy to bet up at the early price.

The Mark Newnham trained Spirit Ridge won well in his Australian debut and looks hard to beat in his return on Saturday.

Formerly based in the UK, he brought over a solid foundation of form and love the fact Newnham tipped him straight out off his win at Randwick (K).

Given the four trials in the lead up he was not knocked around in his first, before ridden urgently early at his next two, before allowed to just coast to the line last Wednesday.

You get the feeling his latest was just a "tick-over" trial with Newnham happy with where he is at.

The wide draw may appear a hindrance on paper, but just expect him to slide over and settle outside likely leader Ulusaba.

He looks in good order and it is a big push with Newnham not electing to claim with Josh Parr booked.

No doubt he will be better over further this time in, but confident he can measure up in his return. 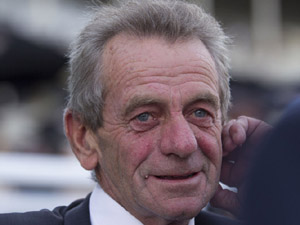