The Europeans dominate the history of the Longines Hong Kong Vase run at Sha Tin on Sunday.

Highland Reel was a grand Coolmore horse winning twice. Will they do it again in the 2019 Longines Hong Kong Vase (2400m) at Sha Tin on Sunday?

The Longines Hong Kong Vase is a Group 1 race run under Weight For Age conditions for the stayers at Sha Tin conducted by Hong Kong Jockey Club.

It is run as part of the Longines Hong Kong International Races (HKIR) meeting run in December each year.

Most wins by a Jockey (4): Olivier Peslier.

Three three-year-olds have won, all European - Vallee Enchantee, Daryakana and Highland Reel in 2015. Highland Reel won after placing to Winx in the Cox Plate.

Ed Dunlop's grand mare Ouija Board won seven G1s worldwide including the Vase in 2005. She would go on to produce the dual Derby winner Australia.

Her ill-fated stable mate and Melbourne Cup hero Red Cadeaux won in 2012 after runs at Flemington and Tokyo in the Japan Cup.

Exultant was one of Hong Kong's four home trained winners on International Day 2018. He would also win the Hong Kong Gold Cup and Champions & Chater Cup in the same season.

The 2018 Longines Hong Kong Vase was won by Exultant from Lys Gracieux and Eziyra. 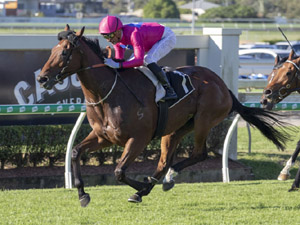