Singapore race goers were again treated to a 14 race card over the weekend, with a number of handy performances worth noting.

The Mark Walker trained I Am Sacred led throughout to score in his Singapore debut, when far too good in the second event on Sunday.

Formerly trained by Kris Lees, I Am Sacred placed in two career starts (both at Newcastle) and left Australian shores rated 80 by Timeform.

In what shaped as a strong maiden event on paper, I Am Sacred was sent out the second elect ($3.40), with the Stephen Gray trained debutant Commodore the pronounced favourite ($2.40).

Given two trials in the lead up, I Am Sacred had a good base going into the event and proceeded to take full advantage of the inside draw.

Recording 24.01 seconds for the first 400m, he certainly wasn't loafing in front and looked to be doing it easily.

Revved up entering the straight, Commodore loomed large on his outside, but failed to match I Am Sacred over the final 200m.

Giving a good kick, I Am Sacred quickly drew clear and raced away to score by a widening three-and-a-quarter lengths.

Rated 69 by Timeform, he has good improvement to come and feel it is a big tick that he is done it at 1200m.

Suspect he now goes to a Class 4 and should get his chance to go back to back.

When assessing the success of past imports, generally the more lightly raced have proven to be the most profitable.

I Am Sacred fits this mould and while the age curve is somewhat against (being already a four-year-old), he is one to follow.

In the seventh event we saw the Cliff Brown trained Pax Animi prove too good in his return, in what was a very strong Class 3 event.

The Leticia Dragon trained Strong N Powerful was sent out the $3.40 favourite and fought hard only to go down narrowly.

Strong N Powerful boasts some very strong collateral form so the fact Pax Animi could beat him home gives a big push for his preparation this time in.

Ridden patiently by Vlad Duric, he let down really well in the straight sweeping up to the lead late, to score by half a length.

A winner of three of his five starts in Singapore, he continues to improve and if able to follow a similar trajection, he certainly has more wins to come.

Wouldn't drop off Strong N Powerful either, he should take good benefit from that first up outing and the pair look set for fruitful campaigns. 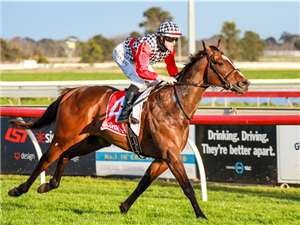