Trainer Michael Clements has enjoyed a great run and that continued at Kranji on Saturday when taking out the Class 3 feature event.

Clements saddled up three of the 12 runners with So Hi Class collecting his second win from his last three starts.

Race favourite and stablemate Tiger Roar struggled to get involved, though wasn't disgraced in fifth.

Prior to Saturday Clements was striking at just shy of 20 per cent from his last 50 runners and now finds himself at the head of the Singapore Trainer's Premiership.

Currently on 30 wins, Clements sits one win ahead of Mark Walker with Stephen Gray in third on 13 wins.

From 169 runners Clements is striking at 18 per cent, 44 per cent of the time his runners fill the first four.

He is easily the form trainer in Singapore and a stable you can follow with confidence.

So Hi Class went out a winner in Class 4 company before catching the eye first up when a close third behind Spirit Of Big Bang.

Popped off the rail coming into the straight, So Hi Class travelled well before surging through the gap inside the 400m.

Hitting the front shortly after he drew clear to score by just over a length on the line.

So Hi Class returned a Timeform rating of 80 and is sure to be competitive again off that rating.

Second placegetter King's Command was one of few horses to make ground in the race and is certainly one to follow.

A handy Class 4 winner two back, he took a good step forward on Saturday and is trending the right way.

Forced to get a long way back from the draw, he closed off well recording the sixth fastest L200m of the meeting.

Hoping he can draw a gate and settle closer at his next start, that being the case he should go very close in similar company.

The Mark Walker trained Just Landed easily won the third event and looks to also have more wins in store.

In his fifth start for the Walker stable he returned a career peak performance with the race sectionals suggesting he has more to come.

Lining up off a 49 day break he returned the equal fastest L400 and L200m of the meeting.

Walker appears to have him right now and suspect he can continue to improve, one to place in your blackbook. 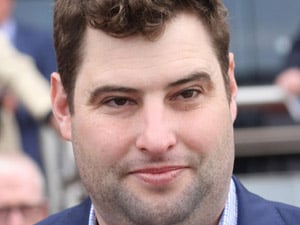