Morphettville trainer Jon O’Connor kept his good strike rate up when his charge Self Sufficient took out the 1050 metre opening race at Morphettville on Saturday. Resuming from a spell the Jason Holder ridden Self Sufficient came from a midfield position to break his maiden status at his eighth start.

Jason Holder and Jon O'Connor landed an early double when Motell came from a rearward position with a strong run over the concluding stages to win the 1600 metre second race.

The Brumby returned to the winners circle when he took out the 1500 metre third race.

Giving co-trainers Tony and Calvin McEvoy their third winner in two days the Barend Vorster guided The Brumby came from worse than midfield position with a strong outside run over the concluding stages.

Jockey Kayla Crowther brought up 98.5 wins for the season when she won on Specialism in the 1100 metre fourth race.

Coming out of the Will Clarken stable specialism came from a rearward position to power home over the concluding stages.

Bear Arms took advantage of the wet conditions when she won the 2500 metre fifth race.

Being under the care at Murray Bridge of Jordan Frew the Eran Boyd ridden Bear Arms  gradually improved from last to run away from the rest of the field over the concluding stages.

Guided to victory by Jeffrey Maund, Classy Joe was well placed throughout the event.

Trainer Will Clarken landed his second winner for the day when He's a Balter 1050 metre seventh race.

Having the services of Karl Zechner who has enjoyed a good season He's A Balter came from last with a strong run over the concluding stages.

Jockey Todd Pannell took the lead in the metropolitan Jockeys' premiership when Beau Rossa took out the listed Lightning stakes which was run over 1050 metres.

Giving trainer Will Clarken a running double at his third win for the day Beau Rossa settled in a better than midfield position before going on to win comfortably.

Co-trainers Richard and Chantelle Jolly celebrated the end of the racing season when Extra Mile took out the 1200 metre final event.

Having the services of Jake Toeroek Extra Mile was well placed in bringing up win number four from fifteen starts. 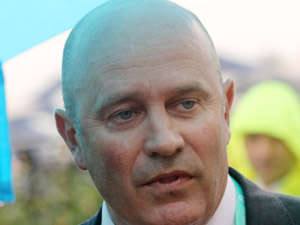