Jockey Matthey Kellady was the star performer at Kranji on the weekend when landing a three-timer including the feature race of the day.

Kellady's second treble for the season, he collected his first winner aboard Nate's Honour in the sixth before again leading throughout in the Kranji Stakes A event aboard Nepean.

Not having to wait long for his next winner, Kellady got there narrowly in the ninth event when too good aboard the Daniel Meagher-trained Paperback Trooper.

Boasting a win strike rate just shy of 10 per cent this season, Kellady has now won four times aboard Nepean and took full advantage of the scratching of expected leader Fame Star.

Jumping away well from the outside draw Kellady quickly took Nepean to the front before racking and stacking them.

Recording 25.22 for the first 400m Nepean got all the favours in front and was not for catching in the straight.

Rated 95 by Timeform he equalled his career peak from last year's EW Barker Trophy and highlighted a great training performance by Shane Baertschiger having struggled in four runs prior.

The Stephen Gray trained Hard Too Think was sent out favourite stepping out for the first time since his Derby triumph in July.

Although very well placed at the weights the 1400m journey was well short of his best and under the circumstances he's returned in good order.

Three of his four wins have come beyond a mile and Saturday's race should lay a good platform for the rest of his preparation.

Rated 105 by Timeform following his success in the Derby we now eagerly await to see whether he can get back to that mark.

Prior to his Group 1 victory he was beaten in Class 3 company with his two Class 4 wins his biggest scalps.

Only lightly raced Saturday's race indicated he is trending the right way and should be followed once he steps out in trip. 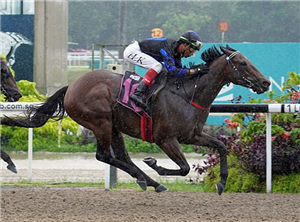