Racing and Sports provides two horses to watch coming out of midweek racing on October 20.

One to keep an eye on from Wednesday's Randwick-Kensington meeting is Damien Lane-trained filly Sonnet Star.

Returning off a four-and-a-half-month spell without any public trials, the daughter of Star Turn jumped well from her low barrier, before being restrained by jockey Robbie Dolan.

Happy to settle in the back half of the field, the three-year old travelled nicely into the race but soon found herself in some bother, straightening in restricted room on the rails.

Desperate for clear running, a gap didn't eventuate for Dolan and his mount until passing the 200m. With a rails run, the filly burst through and let down nicely in her charge to the line, finishing a clear second.

Having competed in Listed company last preparation, I expect Sonnet Star to take great benefit from her first-up hit-out and make her way through the grades in proceeding runs – a win is around the corner.

Another one that caught the eye from the Kenso meet was the three-year-old filly Parlayed.

Trained out of the Hawkes camp, this daughter of American Pharoah debuted in the first of the day over 1400m.

Jumping on terms, jockey Tim Clark restrained his mount toward the tail of the field to get cover in the early going.

Travelling well in behind them, Clark hooked the filly out prior to straightening and after a slight wobble around the bend, positioned her in clear running.

When getting stuck into her work, the three-year-old chased gamely down the outside, taking significant ground of her rivals, only to miss by less than a head on the line.

Bred to get out to 1600m+, Parlayed looks like a more than capable type and I expect her to be shedding the Maiden tag sooner rather than later – blackbook. 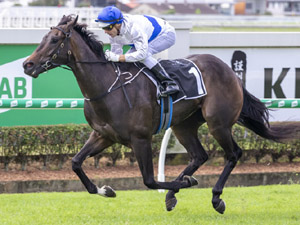