Jungle Magnate landed his second Adelaide black type win in a fortnight when he took out the Group 1 SA Derby which was run over 2500 metres.

Giving Mark Zahra and the training combination of Mick Price and Michael Kent junior the second leg of a running double Jungle Magnate  settled in the back half of the field before making a strong bid for victory in the straight.

Queman landed his second winner in a row when he took out the opening event of 1000 metres at Morphettville on the Parks track on Saturday.

Prepared at the Woodcroft stable Shane Oxlade and ridden by Justin Potter Queman settled well before going onto meet with success.

Skilled Bunch maintained her good second start form when she took out the 1400 metre second race.

Having the services of Paul Gatt and trained at Murray Bridge by Sue and Jason Jaensch Skilled Bunch came from a rearward position with a late run over the concluding stages.

Twin Stars  entered black type company when he took out the Group 3 Sires' Produce Stakes which was run over 1400 metres.

Being too strong for his rivals over the concluding stages the Tony and Calvin McEvoy prepared Barend Vorster guided Twin Stars was in a good position throughout the event.

Being in the care of Michael Hickmott Munster came from a worse than midfield position to bring up win five from nineteen starts.

Apprentice Angas Chung kept his good strike rate intact when he steered Rushaway Lad to victory in the final of the SA Sprint Series which was run over 1100 metres.

Coming off a last start third and prepared on the track by Travis Doudle Rushaway Lad gradually improved from a better than midfield position.

Strathalbyn based trainer Shayne Cahill was well pleased with the win of Morty in the 1800 metre Provincial Super Series Final.

Ridden by Victorian hoop Billy Egan Morty was well placed in bringing up his fifth win from twenty-one starts.

The three-year-old colt Illation made it three wins from three starts when he took out the 1600 metre listed Adelaide Guineas.

Prepared by Mick Price and Michael Kent junior and having the services of Mark Zahra Illation came from a worse than midfield position to claim the juvenile black type event.

Murray Bridge trainer Garret Lynch continued his good run of late when Sonny's Green won a benchmark 64 handicap which was contested over 1050 metre.

Ridden by Callan Murray Sonny's Green came from the rear of the field with a with a strong outside run over the concluding stages. 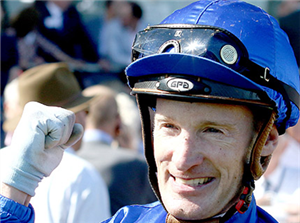