A snapshot of Melbourne's AFL grand final victory over the Western Bulldogs at Perth's Optus Stadium on Saturday night.

* The story: Melbourne showed no signs of early nerves to lead by 21 points at quarter-time. Midfield stars Clayton Oliver and Christian Petracca were instrumental in the hot-start. But the Bulldogs awoke from their slumber, with Marcus Bontempelli and Adam Treloar putting together outstanding second quarters to give their team an eight-point lead at the main break. The Bulldogs got out to a 19-point lead, before the Demons broke the game open with an extraordinary 12-goal run. In the blink of an eye, Melbourne had a 24-point lead at the final change, before sealing the flag early in the last quarter.

* Key stat: The Norm Smith "curse" is dead and buried. Melbourne have their first premiership in 57 years - 20,285 days since they defeated Collingwood in the 1964 grand final.

* Key moment: If the Bulldogs were any chance of making a last quarter comeback, they needed the first goal. But Ben Brown brought down a strong mark in the first minute to give Melbourne an unassailable 30-point lead.

* Star player: Christian Petracca was the bookies' favourite for the Norm Smith Medal and the former No.1 draft pick did not disappoint. The explosive midfielder was the most influential player on the ground, bursting the game open in the first and third quarters to finish with a record-breaking 40 possessions and two goals.

* Key quote: "It is a long time coming. My heart goes to everyone in the eastern states at home watching this." - Melbourne captain Max Gawn

* Injuries: Star Melbourne defender Steven May came in an under injury cloud and looked to still be hampered by his hamstring issue but played out the match. 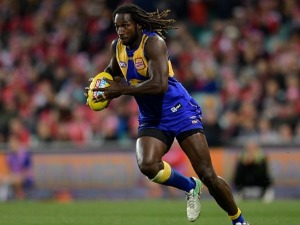