AFL coaches are bracing for inevitable job losses as part of drastic cuts in football department spending during the coronavirus shutdown.

Football departments had exploded in size over the past decade but are set to be significantly scaled back as clubs prepare to take massive financial hits.

Each club's soft cap expenditure is reportedly set to drop from $9.7 million this year to just $6.7 million for 2021.

It means the number of assistant and development coaches, football analysts and recruiting staff at each club will likely be slashed.

Most football department employees are already on leave as AFL clubs operate with skeleton staff during the competition shutdown.

"There's no question the (senior coaches) I'm speaking to are fearful that the head count will be reduced because we are going through such a catastrophic financial challenge that is inevitably going to require a lower budget across every single area of a footy club," Brayshaw said.

"But also very few industries are escaping this as well and they've all got friends outside (football) that are doing it worse.

"I can't see the circumstance where football departments aren't going to operate off much lower soft caps for the foreseeable future and I'm certain that coaches are across that as well."

"It wasn't so long ago that footy clubs were living off a more modest budget and everybody was reasonably content then," he said.

"But, boy, I can see some brutal times ahead to get back to anywhere near where we were only a month ago."

Brayshaw said senior coaches were fearful for the viability of the AFL's smaller clubs and were eager to help.

All 18 senior coaches had earlier volunteered to take 20 per cent pay cuts during the competition shutdown, while it's believed Geelong's Chris Scott has offered to forgo his entire pay packet and Brisbane's Chris Fagan will reportedly take a 50 per cent cut. 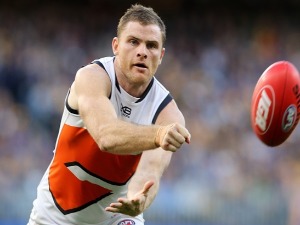