As calls intensify for a prime time Queensland AFL derby, Brisbane coach Chris Fagan can see similarities in Gold Coast's rise to his own club's transformation.

The Suns are second on the ladder after a trio of wins since the season restart, with first-year player Matt Rowell emerging as a ready-made superstar.

Brisbane too have bounced back from a round one disappointment and sit third after Sunday's win over Adelaide at the Gabba.

Fagan has turned around the Lions' fortunes since joining the club in 2016, steering Brisbane last year to their first finals appearance in a decade.

He recognised a similar shift appears to have happened at the Lions' Queensland rivals.

"It's a real positive," Fagan said.

"I know our club worked really hard to improve and no doubt the same things happening at Gold Coast ... that's what it appears to be from the from the outside."

The AFL is yet to schedule this year's QClash but many feel a Friday night match in round eight makes obvious sense with both clubs riding high.

Having had a string of home games in the Queensland hub since the resumption of the campaign, the Suns and Lions face away days in coming weeks.

Fagan was hopeful neither club's form would tail off before they get the chance to tackle each other.

"I guess it makes logical sense with both teams going well to to do that, but that's not going to be the case for a while," Fagan said when asked about a prime time schedule for the derby.

"We've got a few other teams to play before then so we'll cross that hurdle when we come to it.

"We'll hope that both teams are still going well when we when we play each other whenever that is." 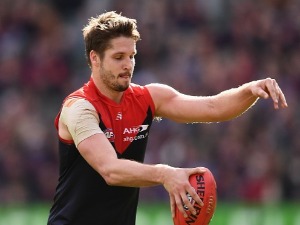