Resurgent Port Adelaide defender Sam Mayes is in danger of missing the Power's AFL blockbuster against Richmond after being charged by the match review officer.

Sam Mayes' impressive return to senior football after a two-year absence has taken a hit, with the Port Adelaide defender facing a one-game AFL suspension.

The resurgent Power player has been cited by the match review officer for making rough contact with Western Bulldogs midfielder Josh Dunkley.

The first-quarter incident during Monday night's game at the Adelaide Oval has been graded as careless, medium impact and high contact.

Mayes will miss Port's blockbuster clash with Richmond on Saturday if he accepts the one-game penalty.

The former Brisbane player made his Power debut in a thrilling three-point win against Carlton at the Gabba in round seven.

Before that game, the 26-year-old's last top-flight appearance was in June 2018 for the Lions.

Mayes was traded to Port at the end of the 2018 season, but failed to crack into the Power team until last month. 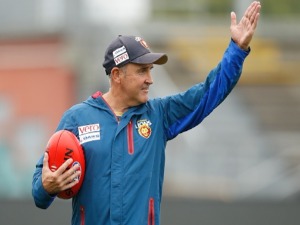