Essendon coach John Worsfold has told his AFL club's supporters to stop their sense of entitlement.

The Bombers were thrashed by 50 points by Port Adelaide on Saturday, officially ruling them out of finals contention.

"But they have also got to understand that the competition challenges clubs now to work to the same rules, so the same rules at the draft and the salary cap.

"And no one team has any more right to be successful quicker than any other team just because they're a big name club.

"You have got to knuckle down and commit to doing the work.

"And good clubs will do that and come out of it with success."

Worsfold will walk from his coaching job after Saturday's match against Melbourne, handing over to assistant coach Ben Rutten.

His comments come amid increasing unease within Essendon's supporter base at another failed season.

After winning three of their initial four games, the Bombers have won just three more.

The club's past two losses have been heavy - 66 points to Geelong and 50 points to Port on Saturday.

But Worsfold said Port, who have been top of the ladder all season, offered encouraging evidence to Bomber fans.

"They're not there because they're fluking it," he said.

"They have worked hard at this for six or seven years to get to where they're at and they have committed to it and stuck at it.

"And that's what I'm saying, you have got to be prepared to do that." 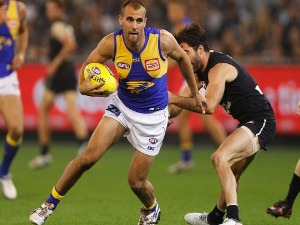