Bombers' Hurley out with mystery illness

Essendon ace Michael Hurley is expected to miss the early part of the AFL season as the key defender recovers from a mysterious hip infection.

Essendon have fears over Michael Hurley's immediate AFL playing future with the key defender struck down by a mysterious infection.

The 30-year-old is recovering at home after spending time in hospital and the Bombers are unsure when he will be fit.

Essendon coach Ben Rutten said Hurley was firing late last year, returning to Tullamarine long before he was due back for pre-season training.

But the dual All-Australian contracted a "really unfortunate" infection in his hip which could sideline him for an extended period.

"We're still kind of unsure about how it got in there," Rutten told SEN.

"(Hurley) spent some time in hospital and at home on an IV (intravenous) drip as well.

"He's been pretty much been laid up and doing no physical work for a couple of weeks.

"We're not sure when we're going to see him back or even back at the club."

In better news for Essendon, Rutten is open to blooding first-round draftees Archie Perkins, Zach Reid and Nik Cox in their opening clash of the season with Hawthorn at Marvel Stadium on March 20.

Tall defender Reid, who has been compared to the Brisbane Lions' All-Australian star Harris Andrews, suffered a slight injury setback during the pre-season but is back into full training. 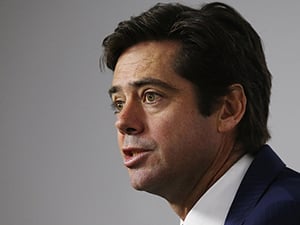