Travis Head has moved to equal-fifth on the ICC Test batting rankings list, giving Australia three of the top-six men's batters in the world.

Australia now have three of the world's top-six best men's Test batters after Travis Head's Hobart century moved him up the ICC rankings.

Head was the biggest mover in the latest round of rankings, improving from 10th to equal-fifth after his man-of-the-match effort in the Ashes finale.

The South Australian's rise is more impressive because he was outside the top 25 at the start of the Ashes, engaged in a head-to-head battle with Usman Khawaja to play in the series.

Marnus Labuschagne remains at the top of the list, well clear of second-ranked Joe Root.

Steve Smith has slipped from third to fourth behind Kane Williamson, while Head is equal with Rohit Sharma after being the leading run-scorer against England.

David Warner has dropped from eighth to 11th, after his second career pair in Hobart.

Pat Cummins remains the top-ranked bowler in Test cricket, having held the position since the 2019 Ashes.

Scott Boland is ranked 43rd after an incredible start to his Test career, while Cameron Green has risen to No.20 in the allrounder lists. 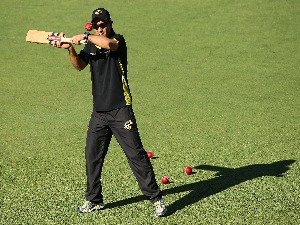