Smoke from fires burning in the state's East Gippsland region blanketed Melbourne and Geelong on Tuesday and led the Environmental Protection Authority to issue an alert for hazardous air quality in some areas.

With many clubs set to hold their main training sessions of the week on Wednesday, the EPA has forecast hazardous air quality conditions to continue.

The Bureau of Meteorology has also forecast hot, smoky conditions with a late change on Wednesday to drop temperatures and ease pollution concerns.

The air quality in the Melbourne CBD was rated as hazardous during the early hours of the Tuesday before it was upgraded to very poor around the time many club pre-season programs get underway.

However, most clubs avoided having to make a call on training in the potentially dangerous conditions, with Tuesday a popular choice around the league for scheduled gym sessions.

Richmond's players took part in a light 30-minute session on Punt Road oval in the morning, while the Kangaroos brought a training session on the oval at their Arden St headquarters indoors.

The AFL wrote to all 18 clubs last week to ensure they are aware of the relevant medical guidelines around exercise and poor air quality.

On Tuesday afternoon, a Carlton official confirmed a training session planned for Wednesday at Princes Park would be brought indoors due to poor air quality, with others likely to follow suit. 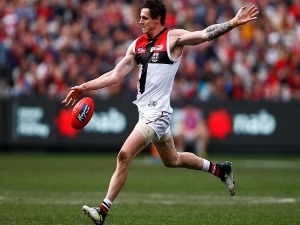