Meg Lanning's return to the Melbourne Stars has been confirmed, with the national skipper keen to pick the brain of new coach Trent Woodhill.

Lanning was the Stars' inaugural skipper in the WBBL before joining Perth on a three-year deal, which expired at the end of the 2019-20 season.

A return home was always on the cards for the Victorian, widely considered the world's best batter.

Woodhill was appointed coach of the WBBL side last month, having been asked by Cricket Victoria to add the all-important role to his job as the Stars' WBBL and BBL list manager.

"One of the main drawcards to return to the Stars is to work with head coach Trent Woodhill," Lanning said in a statement.

"To have worked with so many great players and different franchises in different tournaments is great experience to have, so I'm certainly looking forward to working with him and seeing what his philosophy is on T20 cricket."

Lanning also cited the chance to play alongside a young and exciting group, which includes teenager Annabel Sutherland.

"I'm really excited to be able to play alongside them and hopefully help them develop further," she said.

"I'd like to thank everyone in Perth for their support during my time there but it's great to be back in Melbourne for the WBBL."

Woodhill hailed the return of Lanning, suggesting it will give the Stars a chance to reset.

"Having Meg back at the Stars is huge, it's almost like starting again," he said.

"We won't be putting too much pressure on Meg to be the star of the show.

"We want to be able to provide her with the environment where she can thrive."

The WBBL season is set to start on October 17. 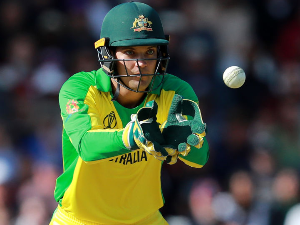